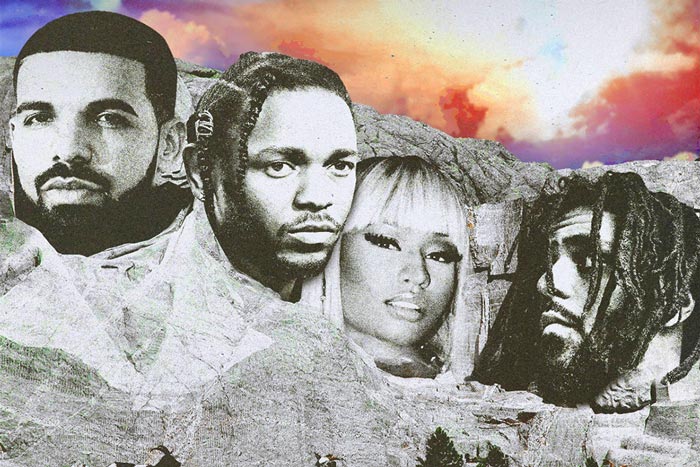 Following a heated debate on social media, Nicki Minaj has earned the fourth and final spot on the Spotify x RapCaviar Mount Rushmore of the 2010s.

She joins Drake, Kendrick Lamar, and J. Cole, who were previously chosen by the RapCaviar team. Fans took to Twitter to share their own theories on who was most deserving of the final spot. Nicki received nearly 40 percent of the vote, followed by Kanye West, Future, and Lil Wayne.

At one point, Nicki herself weighed in on the hotly-contested debate. “Wow,” she responded to RapCaviar’s tweet, while also addressing LeBron James, who cast his vote for Future.

The official results are now in and Nicki has rightfully secured her place alongside rap royalty. “End of discussion,” tweeted RapCaviar.