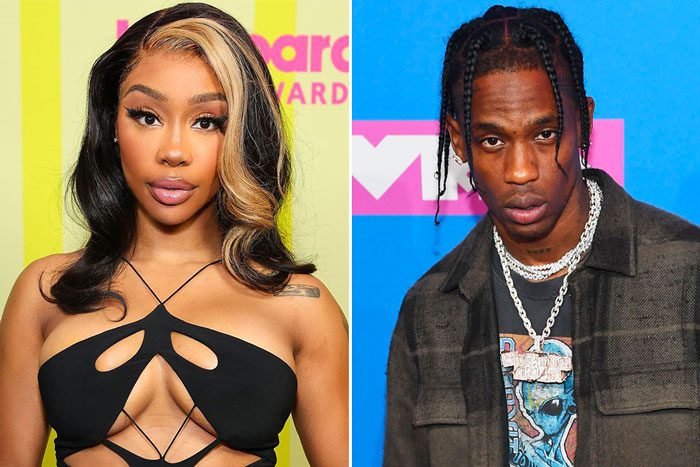 The R&B songstress revealed that she wants to perform their hit collaboration “Love Galore” one more time. Taking to Twitter on Thursday, SZA asked if someone could contact La Flame and ask him for her since she surprisingly doesn’t have his phone number.

“Can somebody ask Travis to perform love galore w me one last time for old times sake,” she tweeted, adding, “Ion got his number lol.”

Can somebody ask Travis to perform love galore w me one last time for old times sake. Ion got his number lol .

The two have previously performed their 2017 hit off SZA’s album Ctrl, including on “The Tonight Show” and on her “Ctrl Tour” stop in Houston in October 2017.

Meanwhile, the “Good Days” singer has been rehearsing for an upcoming performance, but it’s unclear what it’s for. She has shared video clips and photos from rehearsals on social media.

TDE’s First Lady recently made headlines after she vented about her label. “I really hate my label . So much,” she commented upon hearing that “Good Days” had exited the Billboard Hot 100 after peaking at No. 9.