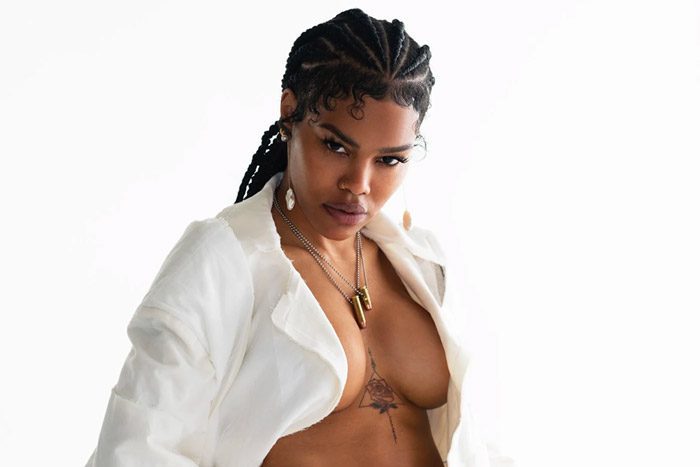 Maxim has crowned the R&B songstress atop its annual list of the Sexiest Women Alive. The 30-year-old wife and mother of two shows off her natural beauty and hot body in a stunning shoot for the magazine’s Hot 100 issue.

Taking to Instagram, Teyana reflected on becoming the first Black woman to land the cover. “Somebody pinch me!!!! Maxim Hot 100 to be named the ‘Sexiest Woman alive’ by literally living in the skin I’m in. WOW….” she wrote.

Teyana, who announced that she was quitting music last year, was admittedly nervous to go back in front of the lens after working behind the scenes as a music video director.

“Stepping back in front of the lens has been a journey of self-reflection and self-confidence,” she said. “Living up to name and title of this shoot wholeheartedly made me nervous. As a entrepreneur, wife, a busy mother of two & working behind the lens in my director bag I tend to hide behind my sweats & vintage tees…So I as you can see I don’t have much time to be and feel sexy.”

She arrived to the set in sweatpants and a beanie after dropping her daughter Junie off at school, and was surprised when the photographer Gilles Bensimon told her not to get glammed up and to remain in her same clothes without makeup. She hesitated at first, but agreed.

“I was like SO LET ME UNDERSTAND THIS…I WILL BE THE SEXIEST Woman Alive IN SWEATS AND A SKULLY?” recalled Teyana. “As confused as I was my heart also melted…Embrace and love yourselves for who & what you are because only the purest heart shines through.”

Teyana and her husband Iman Shumpert are headed back to television. The couple, who starred in VH1’s 2018 reality series “Teyana & Iman,” will give fans “an unfiltered behind-the-scenes look at their lives juggling music, fashion, business, and family” on their upcoming E! reality show “We Got Love: Iman & Teyana.”