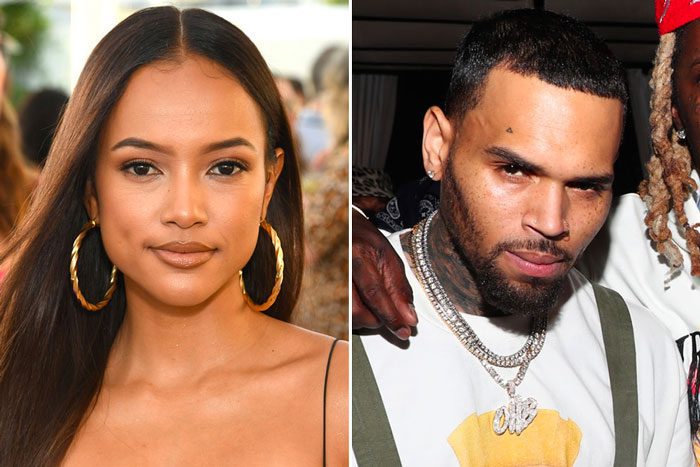 Karrueche is putting the rumors to rest.

Social media was abuzz of a possible romantic reunion between the “Claws” actress and her ex-boyfriend Chris Brown. Earlier this week, the former couple was spotted leaving the Space Jam: A New Legacy premiere party at Six Flags Magic Mountain within minutes of each other, leading fans to speculate that they were back together and keeping their relationship on the low.

However, Karrueche shut down reports that the two were rekindling their relationship. “… there was an event at Six Flags for Space Jam,” she wrote in a comment on The Shade Room. “There were a ton of other people there. Next.”

Chris and Karrueche dated on and off from 2011 to 2014. Their relationship ended after Karrueche learned that the singer had fathered a daughter, Royalty, with Nia Guzman.

Karrueche was most recently in a relationship with former NFL star Victor Cruz. The couple started dating in 2017 before announcing their breakup earlier this year.

In November 2019, Chris welcomed a son, Aeko, with Ammika Harris.