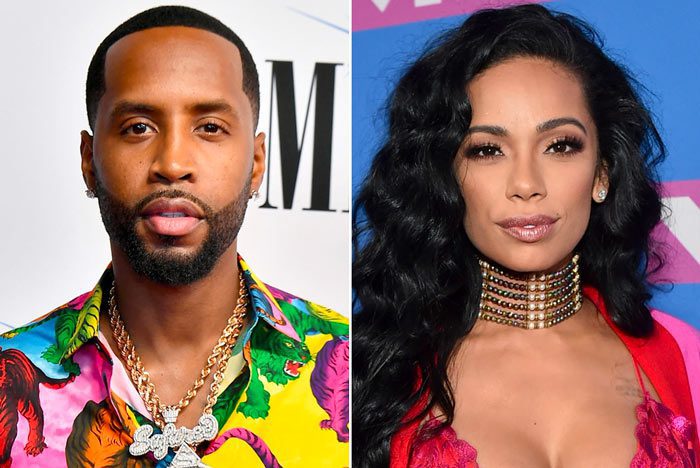 Safaree Samuels and Erica Mena’s divorce is getting ugly.

In a new court filing, Samuels claims that his estranged wife destroyed his expensive sneakers and motorbikes. Two days after she filed for divorce in May, he alleges that Mena poured bleach on his custom sneakers and cut the laces, causing a reported $30,000 in damage.

Additionally, he alleges that Mena destroyed two motorcycles and a four-wheeler motorbike by pouring paint all over them and directly into the exhaust pipes and gas tanks, rendering the vehicles useless.

In legal documents, obtained by TMZ, Samuels asked a judge to hold Mena in contempt for violating their domestic relations standing order, which prohibits them from harassing each other or destroying each other’s property during the divorce.

Safaree says Erica was eight months pregnant with their second child when the incident occurred and he has the evidence on home security cameras, which he is willing to turn over to the court. He adds that Mena “has ample time to engage in disruptive and intentional acts to vilify and disparage” him.

He wants the judge to force Erica to reimburse him around $50,000 for the damaged property. He is also considering pursuing felony charges for criminal destruction.

In May, Mena filed for divorce from her husband. The “Love & Hip Hop” stars, who got married in October 2019, share two children—daughter Safire, 1, and a son, who was born a month after the divorce filing.