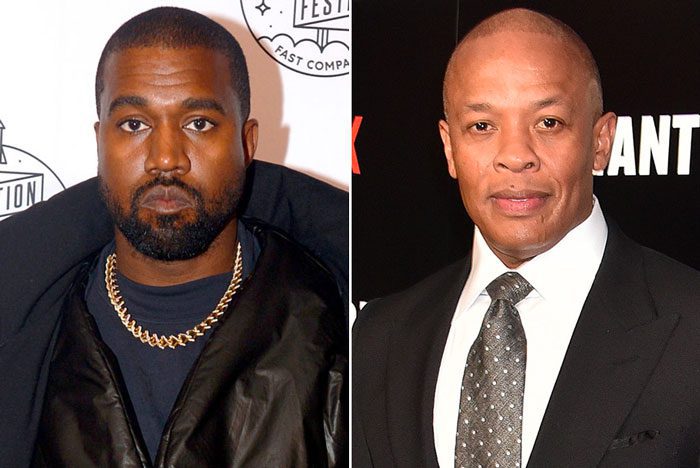 Kanye West and Dr. Dre Team Up on 'Glory' Collaboration

Ahead of the anticipated release of DONDA tonight, Kanye West is teasing yet another track.

“This is the glory / This is the victory,” raps Ye in the minute-long clip, which also promotes an Aug. 6 release date for DONDA.

THIS IS NOT A DRILL. 🚨 @kanyewest and @drdre link up for “Glory”. 🔥
Beats Studio Buds out NOW.
Tune-in to the DONDA livestream listening event tonight at 6:30 pm PT / 9:30pm ET exclusively on @AppleMusic for more…#LiveYourTruth #Donda pic.twitter.com/nVVuvBUgZb

“Glory” may also feature an appearance from Snoop Dogg. Back in July of 2020, Snoop revealed that he was in the studio with Ye and Dre.

“When I get there, [Kanye] is there, he playing me his shit,” he told “The Breakfast Club.” “It’s sounding good. The ni**a mind sound like he right, he in the right spirit, he rapping this shit. The shit he saying is spiritual, it’s dope. And I tell him, ‘Ni**a, you back.’”

Kanye teased another DONDA track, “No Child Left Behind,” in a previous Beats commercial with Richardson that aired during Game 6 of the NBA Finals last month.

Kanye will host a second DONDA listening event at Atlanta’s Mercedes-Benz Stadium, which will stream live on Apple Music starting tonight at 9:30 p.m. ET. In the meantime, he has set up a live feed where fans can watch him 24/7 while he finishes the album.