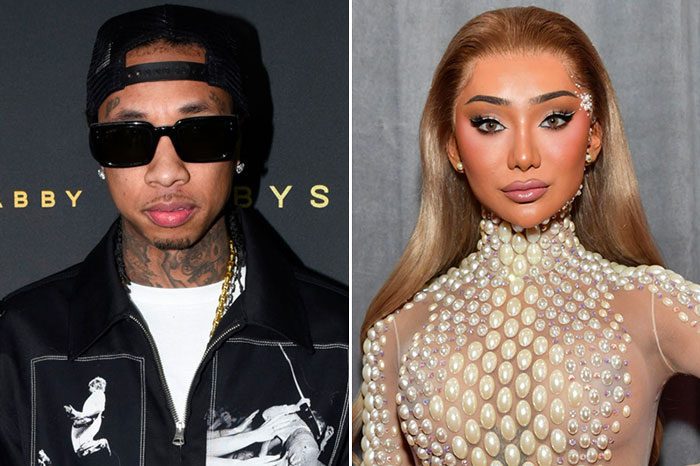 Tyga is firing back after Nikita Dragun tried to “expose” him.

The YouTuber and beauty influencer shared a trailer for her new song “Dick,” which includes photos and screenshots of different men that allegedly tried to slide in her DMs, including one from Tyga that reads, “Text me.”

The word “DICK” is written over a phone number, insinuating that Tyga tried to hook up with the self-proclaimed “first trans pop star.”

After his name began trending, Tyga responded by denying the accusation. He retweeted a screenshot of the DM in question and explained that the conversation he had with Nikita was strictly professional.

“My company shot and directed a music video for her a while back that never dropped,” he tweeted. “Not sure why she added my likeness to this.”

He also clapped back at Nikita for trying to lie on his name, adding, “Ladies and gentlemen clout kills.”

My company shot and directed a music video for her a while back that never dropped .Not sure why she added my likeness to this. https://t.co/lMbI6SPTeZ