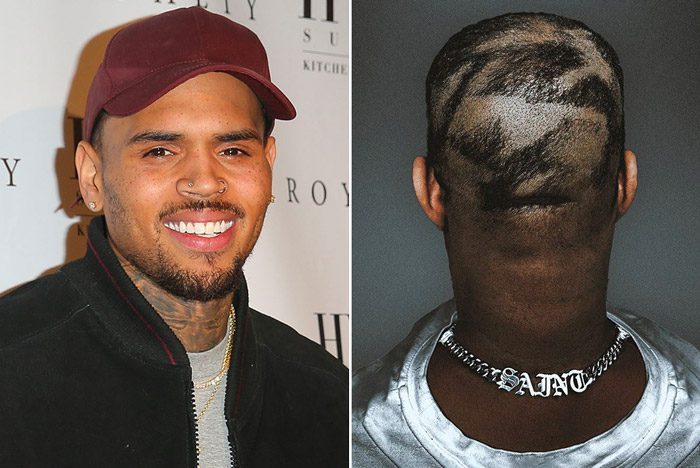 Chris Brown has some thoughts on Kanye West’s new haircut.

“Alright I’m getting you Bosley for men on Christmas Day don’t worry,” commented one of Ye’s Instagram followers, while another asked, “Bro you beefing with your barber?”

Chris Brown also decided to join the roast, posting several memes clowning Ye, including one of Stevie Wonder giving him a haircut.

He also shared a photo of an Off-White baseball cap with holes in it. “Virgil [Abloh] made this for the Ye cut,” wrote Chris, dubbing it the “duck edition.”

Chris continued to have a laugh at Ye’s expense. “He asked the barber for the fu**ed up worldwide fade,” he wrote alongside paparazzi pics of Ye with his new ‘do. “Ni**a wanna make ‘what the f**k’ in style. He got the punishment haircut.”

He also posted the wood emoji and captioned it, “Bro give me the wood chipper bowl fade.” While he may be joking, Chris and Kanye’s relationship has become strained as of late. In August, Chris blasted his “Waves” collaborator for taking him off his album Donda. “Kanye a whole hoe,” Breezy wrote after his vocals were removed from “New Again.”

Amid their fallout, Ye reportedly reached out to Chris to smooth things over. “Chris is a very passionate artist but they’ll figure it out,” Kanye’s manager Bu Thiam told TMZ. “They’re just creatives having their beefs and shit like that. But it’s all good…Chris is family to us.”