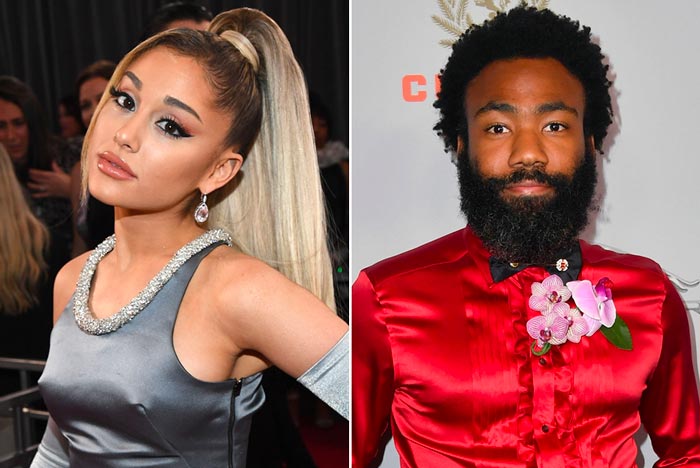 Silk Sonic is enlisting some major star power for its debut album An Evening with Silk Sonic.

Ahead of its release next week, two of the featured guests may have been accidentally revealed. Bootsy Collins, who gave the duo its name and serves as the album’s guest host, posted an Instagram photo of two kids dressed up as Bruno Mars and Anderson .Paak for Halloween.

In his caption, he promoted the album’s release date and tagged Ariana Grande and Donald Glover, fueling rumors that both artists are featured on the project. His caption was later edited and the tags were removed, but not before some of his followers took notice.

“So….did Bootsy Collins reveal Ariana Grande and Childish Gambino were on the Silk Sonic album then edited the caption?” asked one fan, while sharing a screenshot of the original post.

So….did Bootsy Collins reveal Ariana Grande and Childish Gambino were on the Silk Sonic album then edited the caption? 😭 pic.twitter.com/WaLXMTCe4w

On Friday, Silk Sonic will release its latest single, “Smokin Out the Window,” which follows “Skate” and “Leave the Door Open,” which became the group’s first No. 1 single on the Billboard Hot 100.

An Evening with Silk Sonic is due Nov. 12.