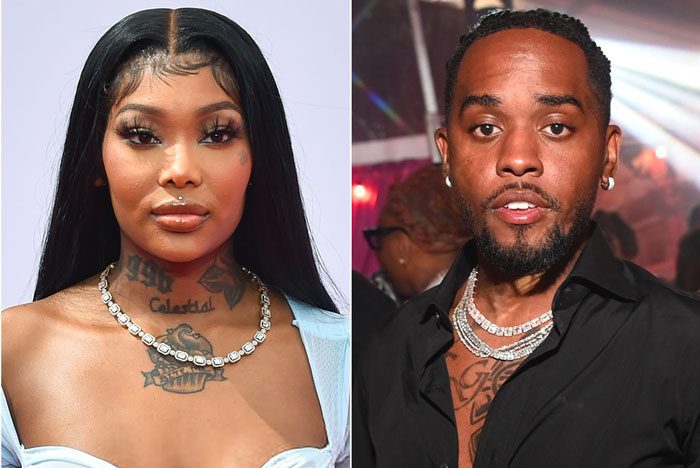 On Friday, the R&B songstress released her sophomore album Still Over It, which features writing and production from her ex-boyfriend, who also inspired her new music.

London, who is credited on nine songs including “Bitter,” “Ex for a Reason,” and “Throw It Away,” acknowledged his role in the album’s creation and content by reposting a fan’s comment on his Instagram Stories.

“London on Da Track the first ni**a in history to get paid off his own diss album,” read the tweet.

London on Da Track jokes about being the first man in history to get paid off his own diss album 😂 pic.twitter.com/efkHIVFEwB

After his post made it to The Shade Room, Summer responded by airing out her baby daddy, claiming he didn’t actually write or produce any of the album’s 20 tracks.

“He didnt WRITE sh*t & he didn’t PRODUCE sh*t either,” she wrote. “He just handpicked the ni**as he wanted to do all the work and attached his name to it while he was out screwin hoes while I was PREGNANT.”

She continued, “The most he did was sprinkle a wind chime effect on a song that was already done then put his name on it, the last album he actually did the work, and it was great project. He super talented, but for this album, lol no sir, but I guess guess the city boys is up, taking credit for ish you ain’t do and not actually having to take care of the kids you made.”

The former couple, who welcomed their daughter in March, has had a contentious relationship, which is documented on Summer’s new album.

“I know you ain’t care / ‘Cause you always gone / How could you make me spend my whole fu**ing pregnancy alone?” she sings on “4th Baby Mama.” “And where was you at? / ‘Cause you claim you at work / But them other ni**as said they made the beats / So how that add up?”

Summer performed one of the songs on which London is credited, “Unloyal,” on Monday’s episode of “The Tonight Show.”

Still Over It, which features Cardi B, SZA, and Lil Durk, broke the Apple Music record for most streams in a day by a female-identifying artist. It has also become the biggest R&B album debut ever on the streaming service.