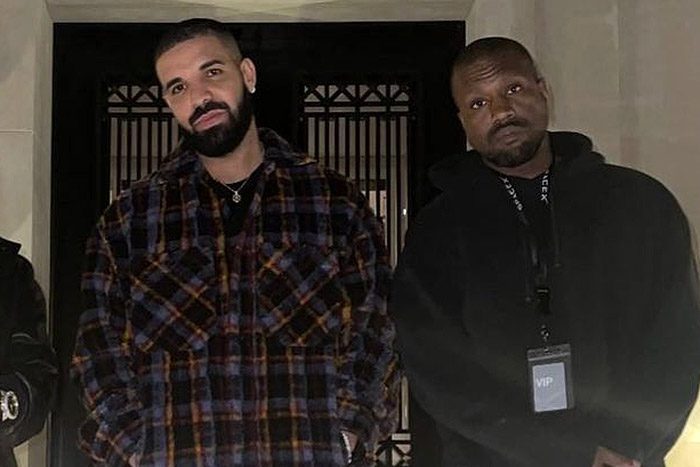 The beef is over.

Drake and Kanye West have officially ended their long-running feud and reunited. On Tuesday (Nov. 16), Kanye shared a photo of him standing alongside Drake and Rap-A-Lot Records founder J Prince at what appears to be Drake’s home in Toronto.

Kanye captioned it with the dove emoji, a symbol of peace.

The two reportedly met up at Drake’s house for dinner on Monday. Drake also shared video of him and Ye smiling and laughing it up backstage at a screening of Dave Chappelle’s Untitled documentary in Toronto the same night. Drake’s arm can be seen around Ye while his song “Knife Talk” plays in the background.

“You have reached your destination,” Drake wrote in his caption.

Drake and Kanye West reportedly squashed their beef at Drake’s house in Toronto last night and had dinner together.👀

Their reunion comes after Kanye proposed a truce and publicly invited Drake to share the stage with him at a Dec. 7 concert in Los Angeles to free incarcerated gang leader Larry Hoover.

“I’m making this video to address the ongoing back and forth between myself and Drake,” Ye said in a video, which he posted on Instagram. “Both me and Drake have taken shots at each other and it’s time to put it to rest.”

J Prince claims that Hoover initiated the conversation. “So I met with @kanyewest to pass on the message from my brother Larry Hoover who said he would like to see peace between the two of them,” he tweeted. “Ye received this well and said thanks because he never had anyone that sat him down and explained things to him the way I did.”

The hip-hop titans have been at odds for years. Most recently, Drake leaked Kanye’s André 3000 collaboration “Life of the Party” after Ye posted Drake’s home address on Instagram.

Kanye addressed his beef with Drake during his recent appearance on “Drink Champs,” comparing their rivalry to Mike Tyson and Evander Holyfield’s boxing match in 1997, where Tyson bit his opponent’s ear.