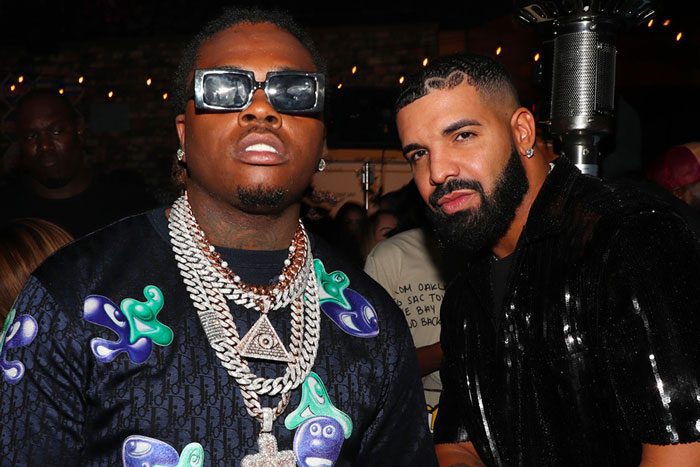 Gunna and Drake Team Up on 'P power'

A week after the release of DS4EVER, Gunna unleashes his Drake collaboration, “P power.”

The Metro Boomin-produced track was supposed to appear on the original version of his album, but was delayed for unknown reasons. Wunna celebrates the power of the p-u-s-s-y before Drizzy comes through with a hot verse.

“How can I not be the topic discussion when ni**as got rich off of dropping my govy? / How do you even be rockin’ with buddy? / The pictures I’ve seen, I’m like, ‘Damn, he got lucky,'” he raps. “Take it from him and I leave him with nothin’.”

DS4EVER, the fourth and final installment in Gunna’s Drip Season series, dropped last Friday featuring collaborations with Young Thug, Future, Chris Brown, 21 Savage, Lil Baby, and Chlöe Bailey. The album is set to open at No. 2 on next week’s charts behind The Weeknd’s Dawn FM.