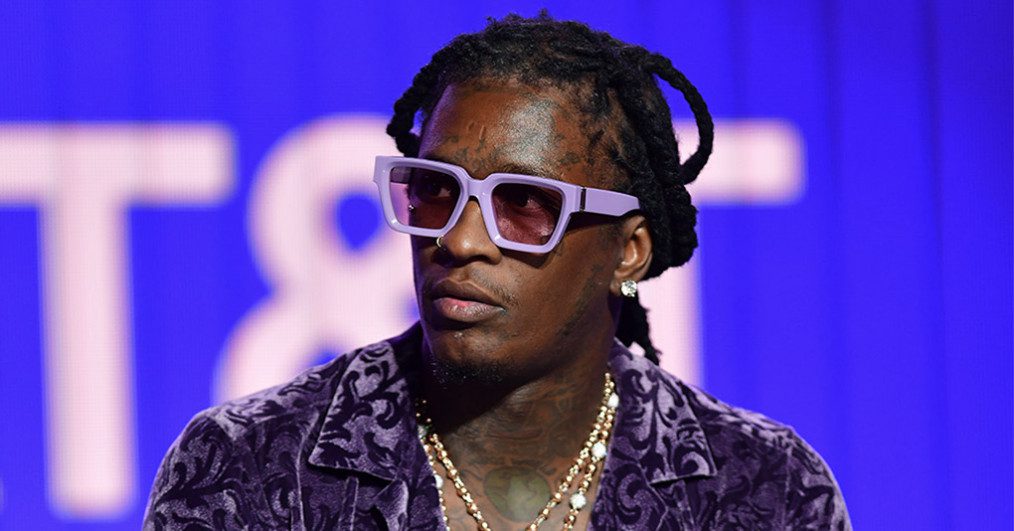 While he awaits trial in his racketeering case, Young Thug drops a powerful freestyle from behind bars on which he shares some dark thoughts while remaining hopeful.

“I’m just sitting here in my cell like damn, I’m really in jail / God give me another chance to show you I can prevail,” Thug raps during his phone call with his nephew and YSL signee BSlime.

Thug, who was charged in a 56-count RICO indictment, continues to reflect on the toll jail has taken on his mental health. “I know that I’m a man, but f**k, I can’t stop the crying,” he says while longing for happier times. “If this is hell, then I don’t wanna know what hell is like / I’d rather hit Rodeo with my daughters on Chanel bikes / Stop to get ice cream, remembering the kind they like.”

Thug also reveals that he has had suicidal thoughts. “This jail shit f**k with your mind,” he adds. “I contemplated doing myself / The most suicide deaths are in this jail / But let’s not forget that this ain’t hell.”

The Atlanta rapper previously spoke out from jail in an audio message, which was aired at Summer Jam, in which he thanked fans and urged them to support the Protect Black Art initiative, a law that could prevent prosecutors from using rappers’ lyrics in court against them.

Earlier this month, a judge denied Thug’s bond over concern that he was a danger to the community and could intimidate other witnesses. He is expected to remain in jail until his trial begins in January.

He has received support from fans and friends including Drake, who shouted out the YSL crew in his new video for “Falling Back.”