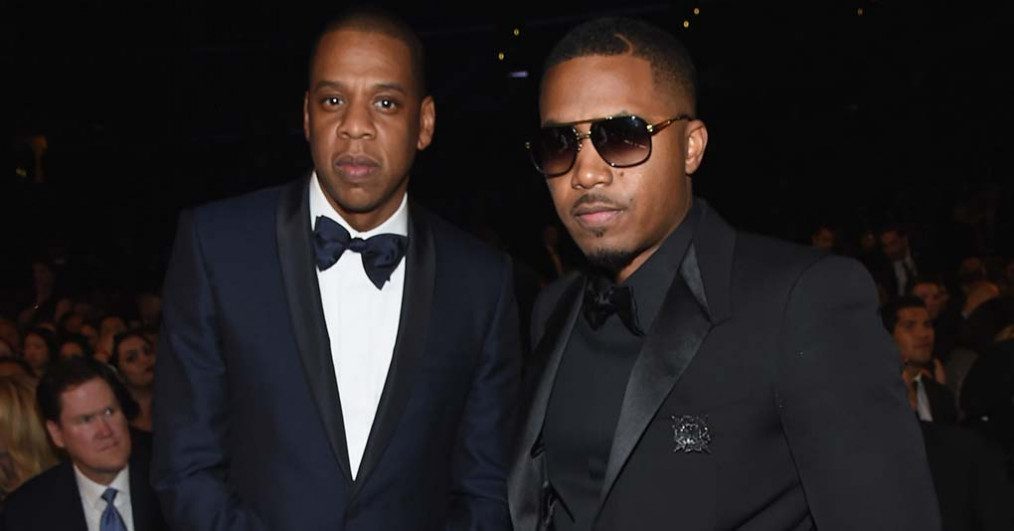 There’s no bad blood between Nas and JAY-Z.

More than 20 years after their infamous feud, the former enemies remain on good terms. Nas revisited their historic rivalry on “Thun” off his new album King’s Disease III and reveals that they’re now able to laugh about the past.

“No beef or rivals, they playing ‘Ether’ on TIDAL,” Nas raps on the Hit-Boy-produced track. “Brothers can do anything when they decide to / In a Range Rover, dissecting bars from ‘Takeover.'”

Nas even jokes that he texts JAY-Z threatening to reignite their feud. “Sometimes I text Hova like, ‘Ni**a, this ain’t over,’ laughing,” he adds.

Their beef dates back to 2001 when JAY-Z dropped his Nas diss “Takeover” on The Blueprint. Nas fired back with “Ether” off his album Stillmatic.

They continued to drop disses including JAY-Z’s “Supa Ugly” and Nas’ “Last Real Ni**a Alive” before reconciling in front of a sold-out crowd at the Continental Airlines Arena in East Ruthorford, New Jersey during JAY-Z’s “I Declare War” tour in October 2005.

During the show, JAY-Z declared, “All that beef shit is done, we had our fun. Let’s get this money.”

With the beef behind them, they went on collaborate on 2006’s “Black Republican” and most recently came together on “Sorry Not Sorry” for DJ Khaled’s 2021 album Khaled Khaled.

During an interview with Rick Rubin’s “Broken Records” podcast last year, Nas reflected on their storied feud. “The art of emceeing was right there on full display,” he said. “It was like, if you’re in the rap game, this could happen, a battle. It was like, ‘This rap thing is real. A battle could really happen.’ So I was honored to have that part of my life happen because that’s how I saw the greats do it coming up. I saw some of the greats do it.”