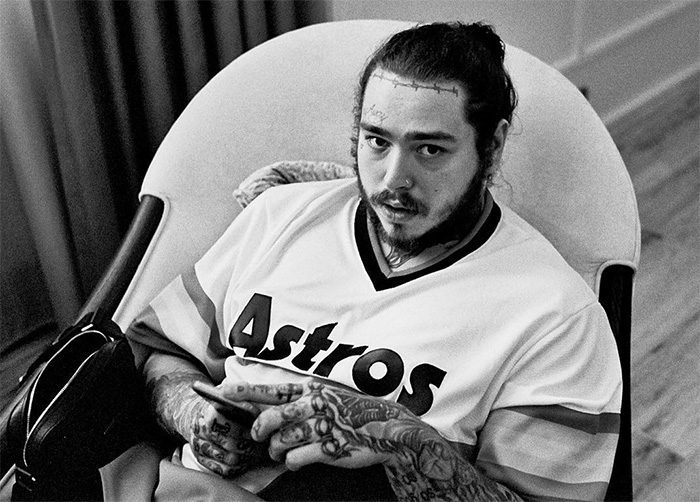 Post Malone says the United States government is the “biggest lie in the world.”

During an interview with Montreality, the “Pyscho” rapper opens up about why he feels that America isn’t what it used to be. “The biggest lie in the world? It would have to be the fucking U.S. government, actually,” he said. “I’m serious. It’s not what it used to be. It used to be so sick, and about the people, and about freedom, and all that shit. Now it’s just bullshit. It’s a fuckin’ reality show.”

Malone went on to say that he thinks this will lead to “weird shit” in the near future. “I think there’s gonna be a lotta weird shit that happens within our lifetime and generation that really changes the way of the world,” he added. “So move somewhere because whenever martial law is declared, whenever your credit cards fails, whenever your banks fail…you have three days to get outta where you are, because that’s when they’re coming for you.”

Following “rockstar” and “Psycho,” Malone is currently prepping for the release of his sophomore album Beerbongs & Bentleys, which awaits a release date.

Read additional quotes from the interview below.

On 50 Cent: “I grew up listening to G-Unit and all the New York stuff because I was born in Syracuse, and Fat Joe, Joe Crack.”

On ‘Window Shopper’ Remix: “It’s very legendary. I just wanted to pay homage to him. I made the song. He got on the song later and now we’re friends.”

On Girlfriend Ashlen: “I hate her right now. She’s probably the most annoying person ever, but I love her and I still put up with her. She supports me whenever I’m acting crazy. She’s crazy and I’m crazy. I love her and I hate her.”

On His Message to the Youth: “Don’t give up. There’s a lot of people that are gonna try to put you down and kick you while you’re down, and they’re gonna tell you that you’re never gonna be shit. But keep on rocking. I had very dark times, but you’re always gonna come out like a phoenix.”