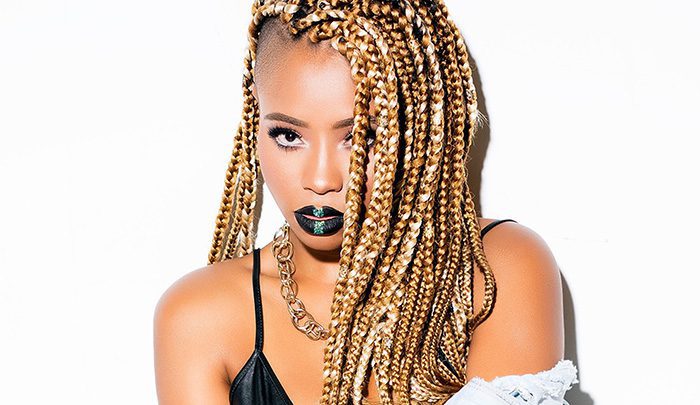 Janine the Machine is headed to High Places. Before releasing her Tricky Stewart-produced EP through his RedZone Entertainment imprint, the Detroit native premieres the video for “Mañana” exclusively on Rap-Up.

In between sips of wine, Janine joins her man for a supermarket run. After hanging out at Little Five Points in Atlanta, they hit up a local skate park and an arcade. “I wanna ride in your whip,” she sings. “Pull over, let’s get lit…Come give me that magic stick.”

The Pierre Medor and Tricky Stewart-produced cut came naturally for Janine. “The beat is super chill and playful so I wanted my lyrics to echo that,” she tells Rap-Up. “It’s about connecting with someone, keeping it light, and seeing where the vibe takes you.”

The self-directed visual showcases those vibes. It was shot at Janine’s favorite Atlanta hangout spots and is a glimpse into her daily life. “It was so much fun,” she added. “It’s very important to me to be authentic at all times. Authenticity is what I’m into.”

“Mañana” is a single off Janine’s forthcoming High Places EP, which drops April 27. Don’t wait for “Mañana.” Watch the new visual below.