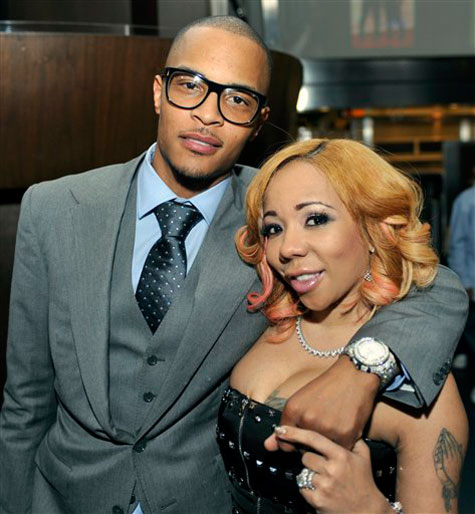 T.I. may be receiving a fair share of bad press lately, but the rapper turned the spotlight on a worthy cause over the weekend in Atlanta. Tip and his wife Tameka “Tiny” Cottle hosted a luncheon for their foundation “For the Love of Our Fathers,” which raises money for disease research and offers relief to caregivers. Tiny’s father has the brain disorder and T.I. said his father and grandmother also had the disease when they died.

“It’s very, very personally close to our family,” Tip told the AP. “And while I was, you know, while I was going through my … period of hiatus, Tameka had the idea of … starting this foundation. And I thought it was an outstanding idea.”

As for the couple’s recent arrest on drug charges, T.I. declined to comment, saying, “We’re not going to talk much except for Alzheimer’s.” T.I. poses with his sons Messiah and Domani. Tip speaks to the press as an emotional Tiny wipes away tears.