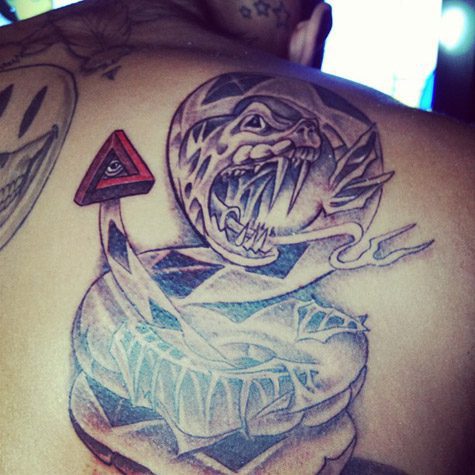 Chris Brown is watching his back. Fresh off his No. 1 album Fortune, the R&B superstar took to Twitter to reveal his newest tattoo, a venomous snake with a triangle and eye on his tail (cue Illuminati rumors). Inspired by the Chinese zodiac, the fresh ink sits next to his tattoo of a smiley face. He also has stars on his neck, which he got to match Rihanna when they were dating.

“The impossible triangle: year of the snake!!!!!!” tweeted Chris.

His fans had mixed reactions to the serpent design. “That tatt is dope ! Never seen one like it,” said one of his Instagram followers, while another wrote, “I liked the chris brown with less tattoos, getting a bit out of hand.”

What do you think of Breezy’s new ink? Share your thoughts below.