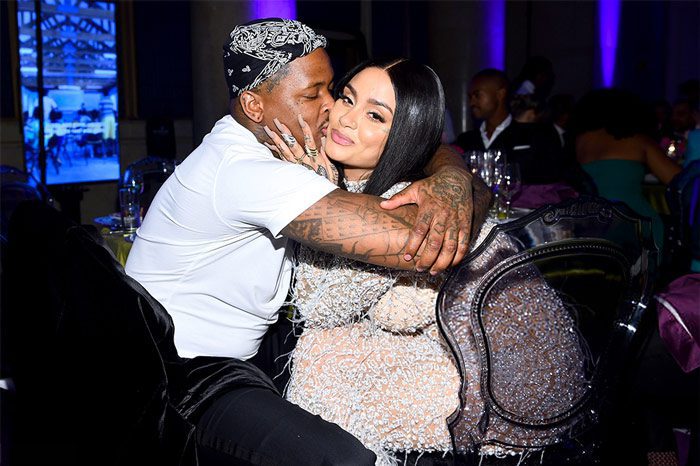 Kehlani Opens Up About YG Breakup

Case of the ex.

Hot off the release of her new album It Was Good Until It Wasn’t, Kehlani is opening up about her high-profile relationship with YG. During an interview with “The Breakfast Club,” the singer got candid about their split and why she still has love for him.

While it may have looked like she rushed into the relationship, Kehlani disagreed. “I don’t think it was too fast. He said I love you first,” she revealed. “He’s such as passionate person that I’ll never take that away from him. When he cares about something, he cares about it.”

The couple went public with their romance during New York Fashion Week in September, but they were friends prior to that. In fact, YG was one of the first people in the industry to “shoot their shot” with her. “That’s where the joke came from about five years in the making,” said Kehlani. “That’s an inside joke that we had with each other that I think people took way too serious.”

They bonded over their similar backgrounds and experiences. When Kehlani first moved to L.A., she tried to remain focused on music and not get distracted by other temptations. “Anybody that came my way, I was like, ‘Absolutely not. Let me just keep the music poppin’.’ And it turns out I ended right with the person that got at me first.”

Their relationship hit a bump when YG was seen kissing another woman on camera outside a Halloween party, but that wasn’t their first breakup. “We had already made it through the outside the club thing,” she said. “We had broken up a couple times just from me personally being like, ‘OK, this is just too much. The life is too crazy, everybody’s too in my business, everything’s too turnt up. I just need to chill.'”

Things got better before they suddenly got worse. On Valentine’s Day, they released their collaboration “Konclusions,” which was the same day they ended their relationship. “Of course, I didn’t expect it to go bad, but it went bad that day,” she said.

She discovered that YG was cheating after seeing his phone. “I’ve seen his phone and there just was things that I just didn’t need to see that were not surface level things. They were very deep and intricate and I felt like, ‘Oh, maybe I need to take a step back because I don’t think we’re on the same page as this.'”

He apologized by filling her lawn with roses and while they don’t speak, they remain cordial. “We’re not on any type of bad terms. I wish him the best, he wishes me the best, it’s nothing but love.”

Kehlani addresses the breakup on “Valentine’s Day (Shameful)” as well as her new album It Was Good Until It Wasn’t, which features appearances from Jhené Aiko, Tory Lanez, James Blake, Lucky Daye, and more.