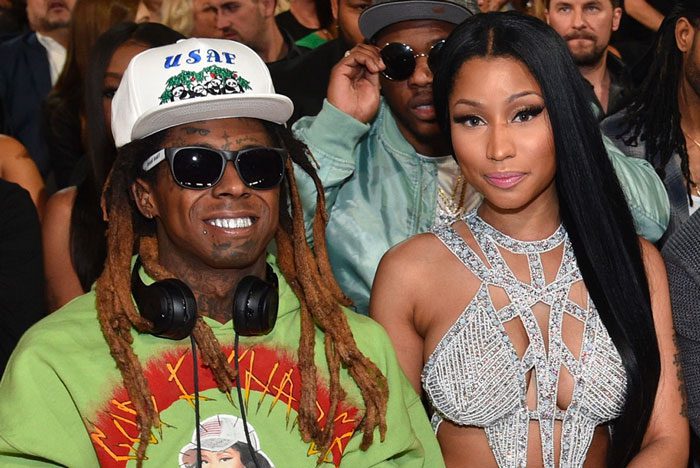 Lil Wayne returned with another episode of Young Money Radio on Friday where he welcomed Nicki Minaj.

Fresh off the record-breaking release of her “Trollz” collaboration with 6ix9ine, the First Lady of Young Money—who Wayne declared the “queen of every fu**ing thing”—phoned in via FaceTime to discuss her music and married life.

Nicki, who is rumored to be pregnant, confirmed that she’s in the studio, while also revealing why she’s been absent from social media. “I’m definitely working but I was also just taking time off social media in general. It can be so extra,” said Nicki. “I think everybody needs that time to themselves and their family and to think.”

Last month, she earned her first No. 1 on the Billboard Hot 100 as a featured guest on Doja Cat’s “Say So” remix. “It was a great surprise, but I never have built my career on whether or not something goes No. 1 ’cause most of the things that I have that will stick forever in rap, it never went No. 1 but my stamp is there regardless,” she said.

Weezy congratulated her on her marriage to Kenneth Petty and asked how married life is treating her. “I can’t complain. I really cannot friggin’ complain. I didn’t think it would be as refreshing and calming as it is,” said Mrs. Petty. “But you know, even if you’re not married, just when you have somebody that feels like your soulmate or is very understanding or understands you. It just make you feel like you on top of the world. You just need that partner.”

Elsewhere in the 10-minute interview, they discussed a potential joint album. “When we gonna do this?” Wayne asked Nicki, who responded, “Your wish is my command.”

Fans have been asking for a collaborative project, and she’s down to make it happen. “I would definitely do it, whenever you say the word,” she told Tunechi.

The last time the two collaborated was on a remix to Post Malone’s “Rockstar” for Wayne’s 2017 mixtape Dedication 6.

Before the interview ended, a grateful Nicki thanked Wayne for being so instrumental in her career. “Shout out to you Wayne for giving me my start, for always believing in me,” she said.