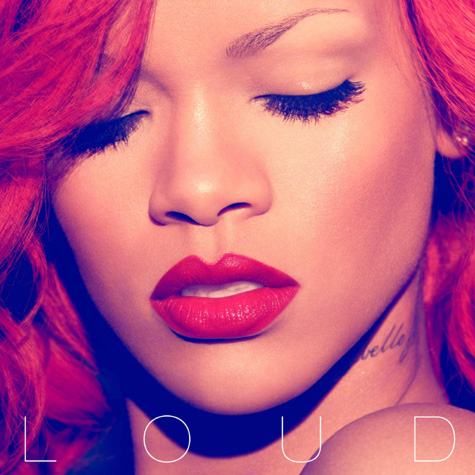 Rihanna gets Loud on her fifth album in five years. The dance-pop record, featuring the chart-topping singles “Only Girl (In the World)” and Drake-assisted “What’s My Name?” is a return to form from last year’s darker-toned Rated R. Did critics welcome back Little Miss Sunshine? Find out below.

USA Today: On her fifth album in five years, she is on a freaky, flirty, fun trip. The edgy music, which leans heavily toward dance and island sounds, fits well with her less than blissful romantic romps. 3 out of 4

Entertainment Weekly: At times the album’s lurid sexuality can feel forced: kink as oversold diva commodity. What Loud showcases best, though, is a star undefeated by her worst circumstances—and finding redemption in exactly the kind of pop nirvana that made her famous in the first place. A-

The New York Times: Loud works the pop gizmos as neatly as any album this year, maintaining the Rihanna brand. But the album has a hermetic, cool calculation until it gets to “Love the Way You Lie (Part II),” her take on the tortured hit she shared with Eminem.

Los Angeles Times: Loud is, at points, a powerful reminder of Rihanna’s skills before the 2009 Grammys incident changed how we read her songs. The minor-key moments are still her best: “Only Girl (In the World)” revives the chilly trance of “Disturbia” with a newly vigorous vocal performance. 3 out of 4

SPIN: Loud is a hard-won battle, and for that, it almost makes sense that it doesn’t contain any tracks as effortlessly bright as Rihanna’s 2007 zeitgeist smash “Umbrella.” This is a more mature nod to the bubbly pop that established her fame. 8 out of 10

Chicago Sun-Times: The Stargate-produced “Only Girl (In the World)” wound up the first single because of its carbonated, club-ready synths, but the best song here is “Cheers (Drink to That),” a wise, world-weary paean from a gal at the bar who’s seen some stuff, has moved on and wants to buy everybody a round of fruity shots. 3 out of 4

The Boston Globe: Loud, her fifth release since 2006, is that album’s antidote, an unabashed return to where Rihanna belongs: the dance floor. As if liberating herself from the depths, she’s a force on these 11 songs, hop-scotching from electro-pop [“Only Girl (In the World)”] to Top 40 balladry fit for Taylor Swift (“California King Bed”).