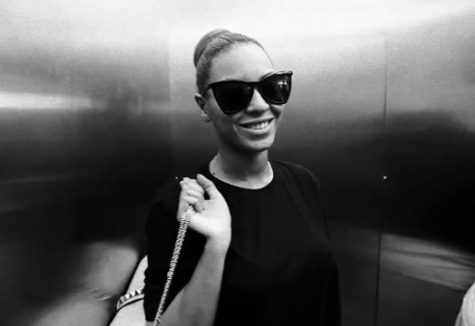 After taking us behind the scenes of her concert rehearsals yesterday, Beyoncé shares Part 2 of the road to Revel. With three weeks to go before the shows, the 30-year-old superstar provides her team with input on the LED screens and learns some new choreography.

“I’m tryna become Sasha Fierce again,” she said. “She’s dead, but I need to bring her back to life.”

Despite her experience, B admitted to being nervous about her first stage show in a year. “I’m scared, this is crazy,” she said. “We usually have two months to do what we’re doing in two weeks, but what is new?”

Blue Ivy’s mother hopes the hard work will inspire others. “For me to do all of this four months after giving birth, I feel like I went from 0 to 10 and it was really hard, but I did it, so I’m hoping somebody out there could be inspired by that.”