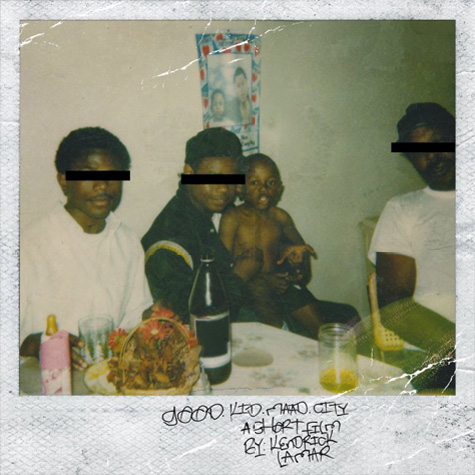 Kendrick Lamar takes snapshots from his life and shares them with the world on the covers of his debut album good kid, m.A.A.d city. The standard artwork appears to be a Polaroid picture of Kendrick as a child, while the deluxe shows a photo of a mini-van parked outside a house in Compton.

Due October 22, the album features the Dr. Dre-assisted single “The Recipe” and follow-up “Swimming Pools (Drank),” as well as a collaboration with Lady Gaga called “Partynauseous.”

In his latest VEVO LIFT episodes, the Compton MC meets a fan who won a Twitter contest and talks about his personal style. “I’m not flashy, I’m not over the top,” says Kendrick, who’s currently headlining the “BET Music Matters” tour.