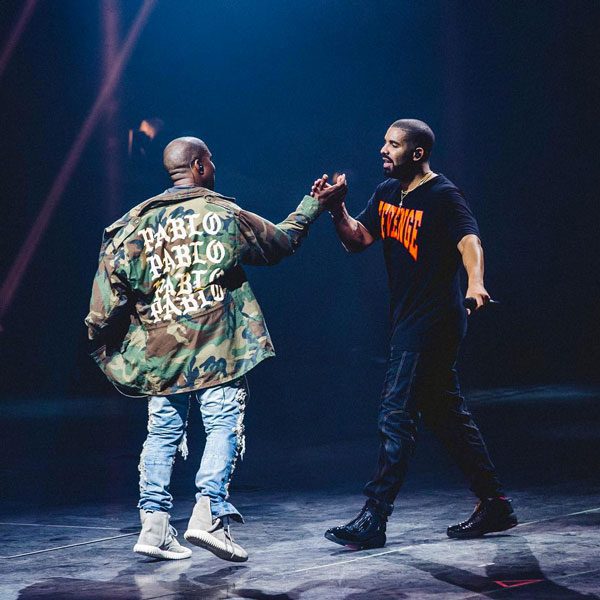 It’s official. Kanye West and Drake are definitely recording an album together.

Mr. West confirmed the rumors during an interview with Vogue. “We’re just working on music, working on a bunch of music together, just having fun going into the studio,” he explained. “We’re working on an album, so there’s some exciting things coming up soon.”

The 6 God and the Louis Vuitton Don have teased the album onstage at OVO Fest and with a Los Angeles billboard.

For now, however, Yeezy and Drizzy are touring separately. Drake is on the “Summer Sixteen Tour” with Future, while Kanye is headlining his “Saint Pablo” trek.

Speaking of the “Saint Pablo Tour,” Yeezus is happy with how his suspended platform stage is working out.

“I feel really excited about the way the kids feel,” he said. “I wanted to come up with something that allowed me to be closer to the people and made it so there wasn’t a bad seat in the house, as best as we could try to do that.”

Today, West is set to reveal Yeezy Season 4 at New York Fashion Week. He also plans to design clothing for children and finalize his joint album with Drake, which currently has no release date.