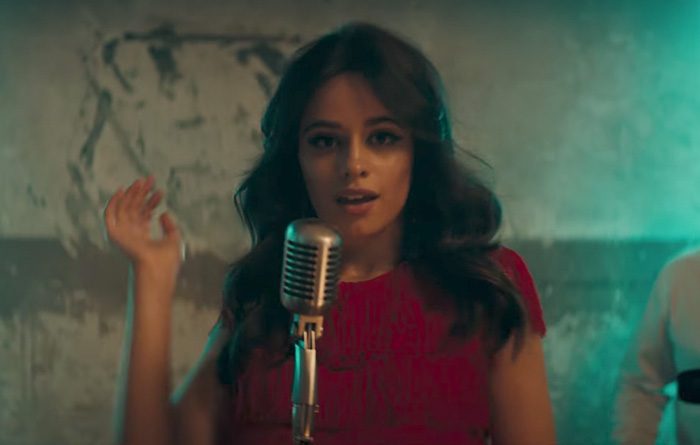 Ooh, na, na. Camila Cabello stars in the cinematic video for “Havana,” the Young Thug-assisted single off her highly-anticipated solo debut, The Hurting, The Healing, The Loving.

Directed by Dave Meyers, the mini-movie kicks off with a humorously absurd telenovela scene starring a glamorous Camila. But soon, it’s revealed that Cabello is actually just watching the clip at home, where she lives with her abuelita and sister, played by social media stars LeJuan James and Lele Pons.

When her sis goes out to party and her grandmother starts snoring, Camila heads out to the movies, where she watches a lush, dance-filled film, where the leading actress — also played by Cabello — ends up alone. “That’s the ending?” she asks the screen with a disappointed tone. “You end up alone?”

The on-screen Camila has a message for Cabello, the critic. “Hey sweetie,” she says. “If you don’t like my story, go write your own.” The former Fifth Harmony songstress heads out into the streets of Los Angeles, where she does just that.

Featuring a cameo from Thugger, who sings his part in a nightclub, the video for “Havana” follows the song’s Hot 100 climb to No. 20.

Along with “Crying in the Club,” “I Have Questions,” and the Quavo-assisted “OMG,” “Havana” is set to appear on Camila’s forthcoming solo album, The Hurting, The Healing, The Loving.