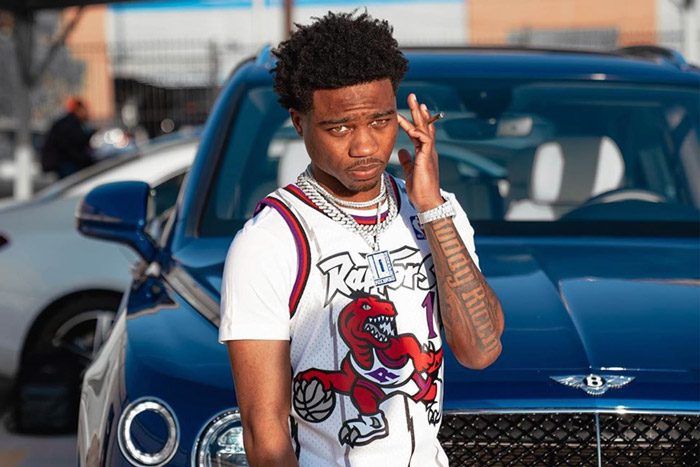 Roddy Ricch’s new album may be coming sooner than you think.

While on vacation in Cabo this week, the L.A. rapper went live on Instagram where he announced that his next project is on the way.

However, it’s unclear if he was serious. “Ni**a still No. 3 on the Billboards. I gotta give myself some time,” he added.

Roddy has been dominating the charts all year long. “The Box” topped the Billboard Hot 100 for 11 weeks, while “Rockstar,” his collaboration with DaBaby, remains No. 3 on the Hot 100 after seven weeks at No. 1.

In a recent interview with GQ, he opened up about the timeline for his sophomore album. “Could I drop a new album right now? Yes. Will I? No,” said Roddy. “It’s really not about it being ready or not ready. It’s more about the timing. I really just drop when I feel like it.”

When the follow-up to his 2019 debut Please Excuse Me For Being Antisocial does arrive, he promises greatness. “The next album is going to be a full blown masterpiece. A real idea. A real body of work,” he said.

Roddy was set to perform at Sunday’s MTV VMAs, but dropped out at the last minute. “Unfortunately, I won’t be performing at this year’s VMAs as announced,” he wrote on his Instagram Story. “My team and I did everything in our power to make this work, due to COVID compliance issues at the last minute we had to call off the performance. My team and I are safe and everyone’s health is a main priority, as well as giving a quality performance. I appreciate MTV for the opportunity to perform and I hope I can see ya’ll next year.”