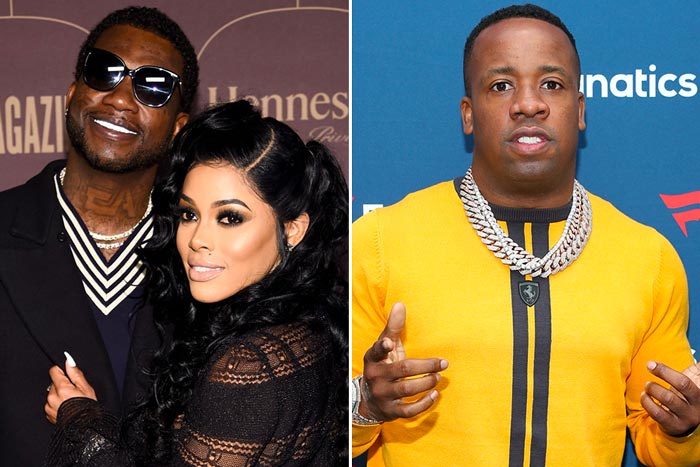 Gucci Mane and Keyshia Ka’oir’s marriage is going strong, but a new report claims there was once infidelity in the relationship.

During a Twitch livestream, DJ Akademiks alleged that Gucci’s wife “slept with Yo Gotti” while the “Lemonade” rapper was locked up. He made the allegation when someone cited the couple as an example of a solid relationship in the industry.

“Hold on now–and I’ma be really respectful as I talk about this–because if we really talking about Gucci and his wife, a lot of y’all ni**as be like, ‘Gucci’s wylin,'” he said, according to HipHopDX. “Y’all know allegedly Gucci’s wife, while he was locked up, slept with Yo Gotti, right? That’s why he cussed out Angela Yee.”

Akademiks claimed that Gucci had a reputation for sleeping around before settling down with Keyshia. “Gucci, at that time, was fu**ing mad bitches,” he added. “But the girl that he was gonna settle down with, that he always had an extra shit for, was Keyshia Ka’oir. He wasn’t with her this whole time. He was also kind of running around a little bit.”

It was during Gucci’s two-year incarceration that Keyshia allegedly had relations with Yo Gotti. “When she decided to do her a little bit, allegedly, she might have been with Yo Gotti,” said Akademiks. “Y’all demonize any girl that was ever with another rapper that y’all can recognize. Gucci married his girl. He realized she was a good girl, who held it down and who also helped him out with a lot of shit.”

However, Akademiks downplayed Keyshia and Gotti’s relationship. “It wasn’t really cheating. I don’t think they were together.”

Their alleged affair was reportedly the reason for Gucci and Gotti’s feud, as well as Gucci’s beef with radio personality Angela Yee. In a 2013 interview with “The Breakfast Club,” Gotti claimed he didn’t know Keyshia and Gucci were together at the time.

“[Keyshia] the one who told me she used to mess with homie. Like, I ain’t know that,” said Gotti, who told Keyshia that Gucci was his “patna.”

Gucci, who was released from prison in May 2016, went on to marry Keyshia in October 2017. In December of last year, the couple welcomed their first child together, a son named Ice.