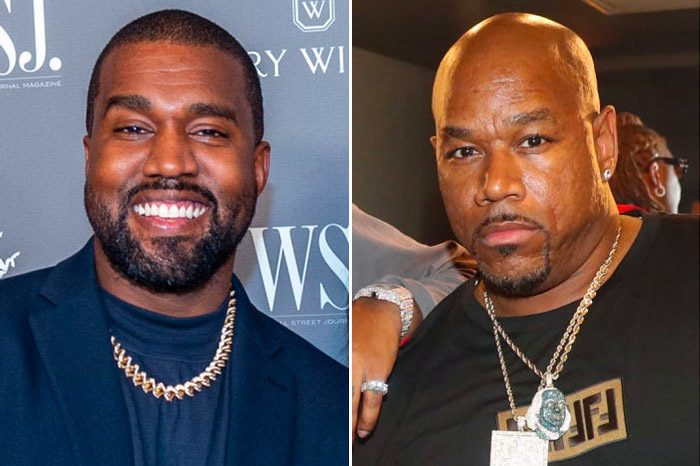 Ray J’s former manager, Wack 100, claimed that he was in possession of “part two” of the infamous video, which he described as “more graphic and better than the first one,” and that he intended to “gift” it to Kanye West as an NFT.

“Kanye, holla at me, bro. We got part two on the laptop and it’s never been seen,” Wack said in an interview with Bootleg Kev, while insisting that he would only give it to Kim’s estranged husband. “We can’t put that out there in the world like that. It’d be disrespectful.”

However, Kim’s lawyer has denied that such a tape exists. “The claim that there is an unreleased sex tape is unequivocally false,” Marty Singer told Page Six in a statement. “It is unfortunate that people make these statements to try and get their 15 minutes of fame.”

Ray J was not happy to see his name back in the headlines following his former manager’s claims. However, he did not confirm whether the alleged tape exists.

“This aint cool,” wrote the father of two. “I been staying off the Raydar – Just staying focused and being humble and thankful for all the blessings I’m receiving- How can I show growth and maturity if this kinda of stuff keeps happening? I’m a father now and my job is to be a great parent and put them first. This is not the message I want to send out – smh.”

But Wack is sticking to his story. On Tuesday, he claimed that he spoke with Kanye about the unreleased tape and promised to hand it over to him. “Great convo my word is good I’ll get it right to you bro like I said I would,” he wrote alongside a photo of Ye. “I appreciate ya call good hearing from ya.”