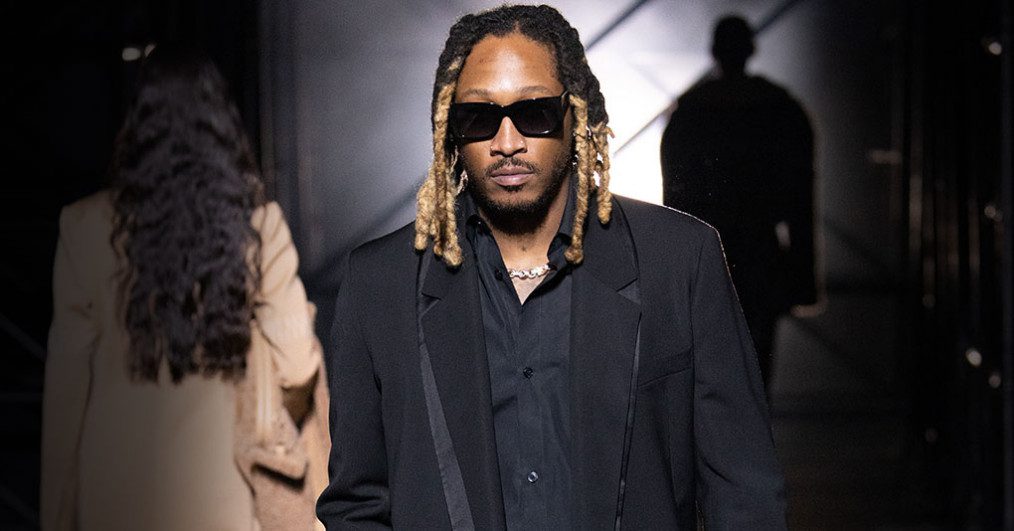 The future is bright for Future.

Fresh off his seven Grammy nominations, the prolific rapper covers Billboard’s R&B/Hip-Hop Power Players issue where he opens up about money and marriage.

While he’s in no rush, the father of seven does see himself settling down eventually. “When the time’s right, it’ll happen,” he tells the magazine. “It ain’t nothing that I’m really chasing. But I do dream of it, and I do want it.”

The self-proclaimed “Toxic King” admits that he doesn’t always attract the right partner. “I swear I’d probably pick the wrong girl or something, if I was just chasing it,” he says. “You never know how certain things happen with relationships and with love and getting married and being under the same roof as your kids and you got other kids that are not living with you. That’s just a whole ’nother lifestyle that I haven’t even got a chance to live.”

“But I understand that it’s something I would love, and when the time presents itself, then I know I’m going to be prepared,” he continues. “I want to make sure I just live that to the fullest. But I don’t really think about that sh-t, like having a wife and sh-t. But I want a wife. Everybody around me wants me to have a wife more than I want a wife.”

He realizes that his lifestyle would have to change. “If I was married, at home with my kids, man, it’d be way different. That’s a life I never lived,” he says. “It’s something you dream about. That’s one of my dreams. It’s easy for other people, but for me, it’s just like, man, this rock star lifestyle, it don’t gel well.”

In addition to marriage, Future sees billions in his future. He continues to expand his label Freebandz, home to acts like Young Scooter, Zoey Dollaz, Boston Richey, and Lil Double O. He is also investing in real estate as a partner in a development group that buys properties in Austin, Los Angeles, and Atlanta.

As he grows his empire, he has been seeking advice from billionaires. “I have those conversations with different people, successful people,” he reveals. “But the way I get mines might be different. It just helps me to understand that I’m on the right path when I talk to people that have billions. When I hear them talk, I be like, ‘OK, I’m on the right path.’ They reassure me that I’m doing the right thing.”

Earlier this week, Future racked up seven Grammy nominations, more than his entire career combined, including nods for Best Rap Album for I Never Liked You, as well as Best Rap Song and Best Melodic Rap Performance for “Wait for U.”