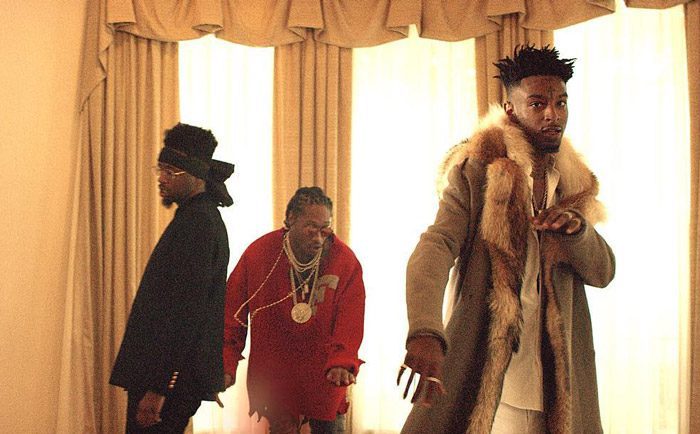 Months after blazing the streets and the charts with their Savage Mode single “X,” 21 Savage and Metro Boomin unveil its vengeful music video.

The Vincent Lou-directed clip, which also features Future, kicks off with a breakup as 21’s girl isn’t pleased with his tendency to play video games with his friends. She angrily boots the crew out of her home, causing Savage to think about retribution.

Fast forward and 21’s living lavish, going from the trap house to a mansion. With cash and beautiful women all around him, 21 reflects on his ex while celebrating his present and future. Meanwhile, Hendrix joins in for his cameo, dancing along with 21 and Metro.