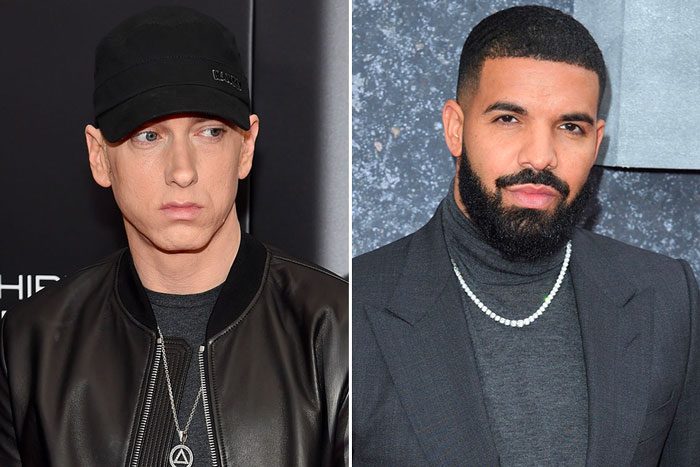 Eminem Warns Drake: 'They're Gonna Turn on You Too'

Eminem is looking out for Drake.

On Side B of his album Music to Be Murdered By, the “Rap God” offers some advice to hip-hop’s reigning MC. On “Zeus,” he opens up about fickle fans and warns the beloved Toronto rapper that while he may be on top now, that could change.

“And, Drake, they’re gonna turn on you one day too / And the more you win, the sooner they do,” raps Em.

He goes on to share his own experiences with critics throughout his career. “They’ll be calling you a trash bin / Sayin’ that your new one isn’t better than your last and / Even if it is, once they start to turn their backs / They ain’t never comin’ back in.”

Em also brings up Chance the Rapper, Future, and Migos. “They did it to Chance / Next they’ll be mentionin’ Future in the past tense / Or sayin’ adiós to Migos.”

Em, who collaborated with Drake on 2009’s “Forever,” has previously shared his support for the 6 God. “Drake is always gonna be in my good graces because he did something for one of my daughter’s that I will never forget,” he said. “He will always be in my graces with that. And I like Drake.”

Elsewhere on “Zeus,” Em calls out Snoop Dogg for excluding him from his top 10 list and apologizes to Rihanna for taking Chris Brown’s side in the 2009 assault case.