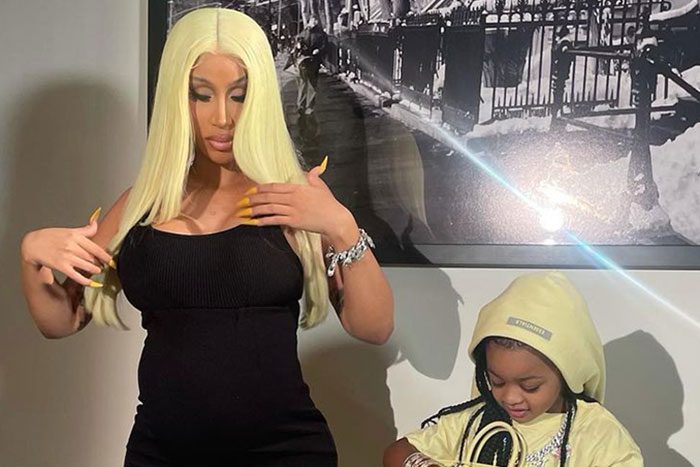 Kulture can add another Birkin to her collection.

Cardi B revealed the latest lavish gift she purchased for her 3-year-old daughter, a yellow Hermès Birkin bag that cost a reported $48,000. The bedazzled bag, which Cardi shared on Instagram, is covered with thousands of colorful Swarovski crystals in the shape of a rainbow.

According to Page Six, Kulture saw a rainbow bag at mall retailer Claire’s and wanted it. But instead, her mother decided to get her something a little more expensive, so she called Michelle Berk, CEO of Privé Porter, and asked her to customize the designer bag. “Cardi and Kulture were at Claire’s, of all places,” said Porter. “Kulture saw a small bag with a rainbow and started begging for it.”

Added Berk, “In typical Cardi way, she didn’t get that bag, but she called me instead to try to replicate that rainbow on a Birkin for Kulture.”

The design process took 100 hours and required more than 30,000 colorful crystals in different sizes. In the end, the bag ended up costing $48,000, including the price of customization.

This is not Kulture’s first Birkin. For her second birthday, her father Offset gave her an $8,000 pink Birkin bag. She also recently received an iced-out charm necklace from her mother for her third birthday.