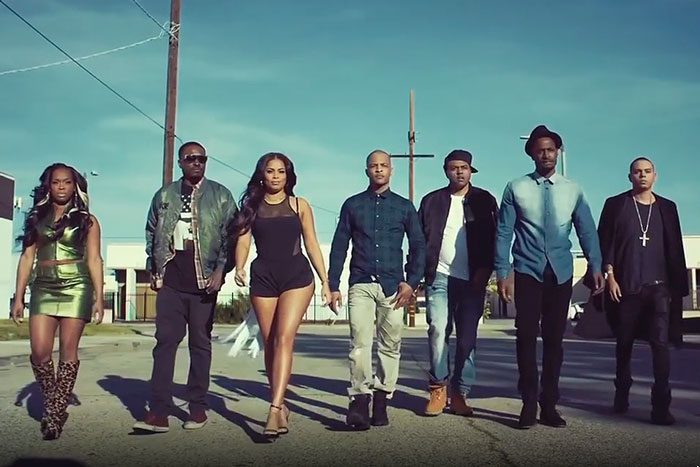 Watch the Trailer for 'ATL 2' with T.I. and Lauren London

Fifteen years since its release, the beloved movie is finally getting a sequel. On Friday, the film’s director Chris Robinson shared a trailer for ATL 2: The Homecoming featuring the reunited cast.

Soundtracked to Ray Charles’ “Georgia,” the minute-long clip finds including T.I. and Lauren London walking the streets of Atlanta alongside their co-stars including Jackie Long, Jason Weaver, Albert Daniels, and Evan Ross.

A post shared by Chris Robinson aka MRROBOTO (@mrrobotodirector)

The trailer was released just two days after Chance the Rapper tweeted about his love for the original movie. “ATL is a movie that never truly got it’s flowers. It’s probably the most quotable movie from my childhood,” he wrote.

In his caption, Robinson responded to Chance: “HEY @chancetherapper WHAT IF……..WE DID IT ONE MORE TIME + #THE FAMILY #THELOVE #THEQUOTABLES #ATL2 #MANIFEST #CLASSICO.”

I believe ATL is a movie that never truly got it’s flowers. It’s probably the most quotable movie from my childhood

Way back in 2015, T.I. announced that a sequel to the 2006 movie was in the works, sharing a photo with Robinson and his co-stars Jackie Long, Albert Daniels, and Jason Weaver.

The original ATL opened at No. 3 at the box office and grossed around $21 million by the end of its theatrical run. T.I. played the main character Rashad in the coming-of-age film, which is loosely based on the experiences of the film’s producers, Dallas Austin and Tionne “T-Boz” Watkins.