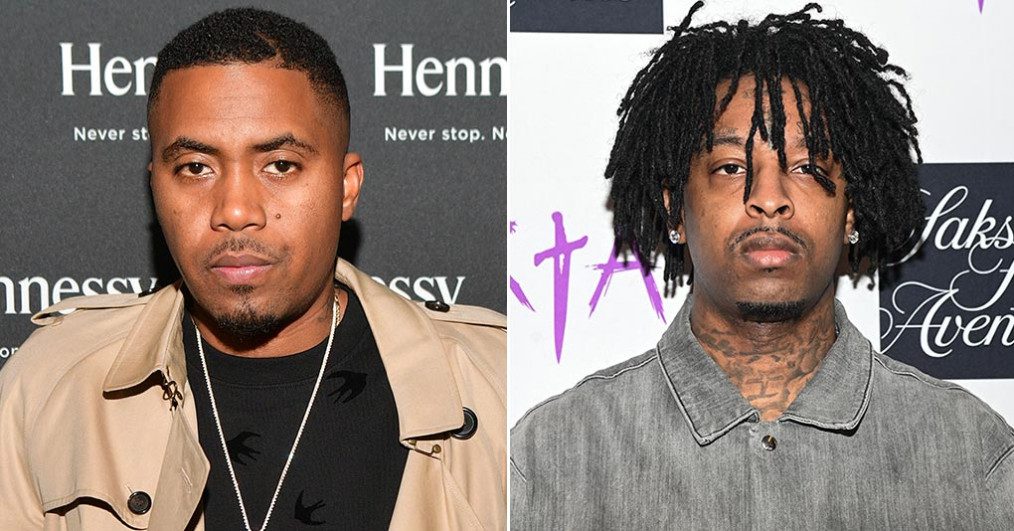 Nas and 21 Savage are showing that there’s no love lost between them. After 21 sparked controversy with his comments about Nas’ relevancy, the two come together on their surprise collaboration “One Mic, One Gun.”

Over the triumphant Hit-Boy-produced beat, 21 starts off by referencing the controversy. “When you turn a legend, no such thing as relevance / They must’ve forgot that I’m a new rapper that got integrity,” he raps before adding, “I ain’t going against no legend / I’m tryna be next in line.”

Hot on the heels of his album King’s Disease III, Nas extends an olive branch to his younger peer. “I shook up the town, I shook up the city, I shook up the state / I’m with 21 on my second run, this shit come with age,” raps the hip-hop legend. “No back and forth / I did it back then, I do it right now / They tellin’ me that I’m the GOAT, I been here a while.”

During a Twitter Spaces chat earlier this month, 21 claimed that Nas was irrelevant in today’s music scene.

After facing backlash, he insisted that he was not disrespecting Nas. “I would never disrespect nas or any legend who paved the way for me y’all be tryna take stuff and run with it,” Savage tweeted.

Prior to the song’s release, Nas revealed why he decided to link with 21. “Only way we moving is with love, respect and unity,” he wrote. “The foundational principles of hip hop. Excited to collaborate with my young brother and I hope more artist use turbulent moments and turn them into a time to make new art. That’s what it’s about.”